Home » Uncategorized » A Guide to Travelling Scotland in Your 20s

A Guide to Travelling Scotland in Your 20s 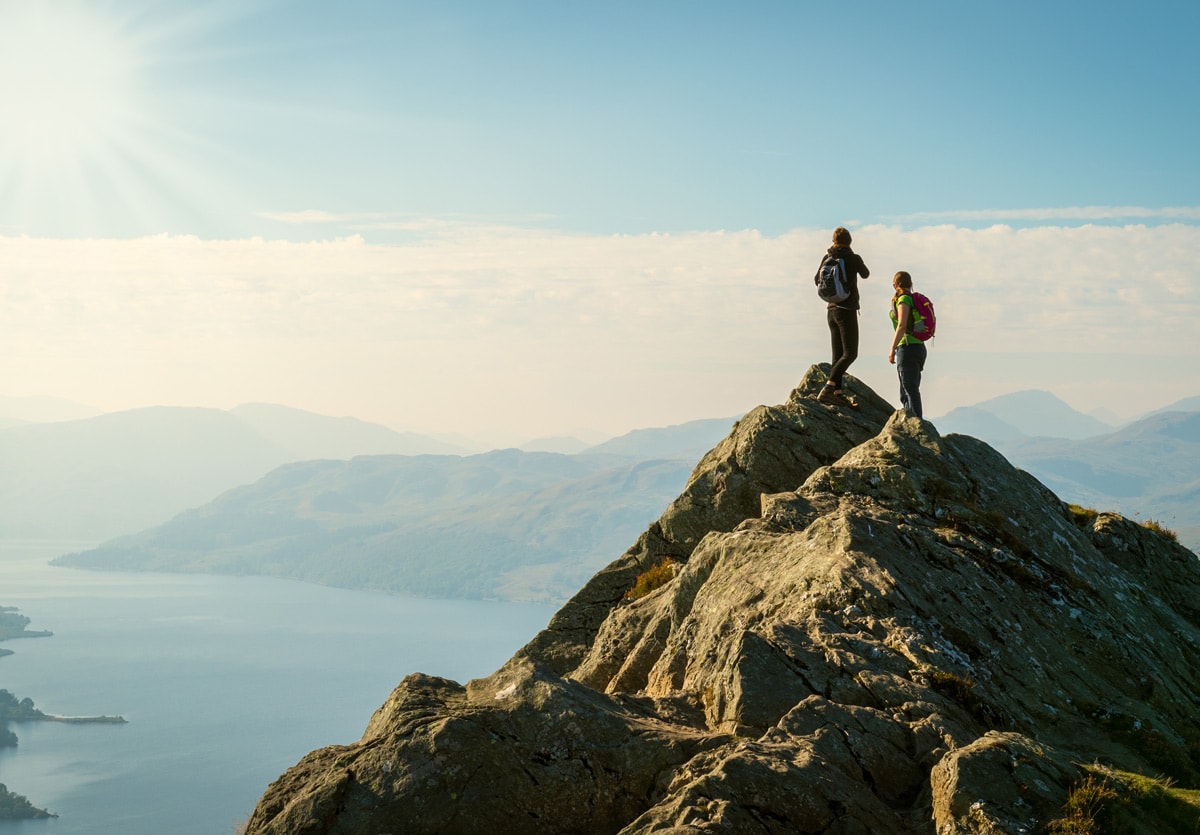 Travelling Scotland in your 20s

I spent my entire twenties making mistakes in Scotland, and so I thought I’d inspire the next generation planning a trip to bonnie Scotland. You might even find some helpful advice in this article if you’re young at heart or want to know where to find a cheap pint of beer or five.

Things to do in Scotland in your 20s

“Be happy while you’re living, for you’re a long time deid.”

English translation: Be happy while you’re alive, because you’ll be dead for a long time!

You’ve probably got some Scottish ancestry from 200 years ago and being forced into a Covid-19 inspired lockdown, you’ve binge-watched all of Outlander and want to meet your own Jamie Fraser, or Jamie Frasers’s bird…although I’m not sure who she is… or if she is even Scottish as I can’t bring myself to watch it.

Be it as, I am now in my early thirties I have already done all the stupid things you’re meant to do in your twenties, so I am passing on my recommendations to you.

“I’ll have one of those covered in batter, and deep-fried, please.”

English translation: I’ll have a piece of fish and some chips, please.

I can’t vouch for everybody, but I was skint (poor) for the majority of my twenties.

Being a perpetual student does mean I know how to eat on a budget. If you’re planning on saving some cash and want to try some typical Scottish fare, there are plenty of cheap local pubs all over Scotland. You’re guaranteed to get a decent steak pie, or haggis, neeps, and tatties in pretty much any of them for under £10.

Avoid the bigger chains as even though they are cheap, the food will be brought in frozen or will be generally of poor quality.

A late-night chippy (fish and chip shop) visit is always a good idea after a night out.

A deep-fried Mars bar or a pizza crunch (deep-fried pizza) must be experienced at some point. Your taste buds will love you for it, but your arteries not so much.

If you do miss the taste of home, we of course have McDonald’s available in every major town and city. It is called McMcDonalds here though as it wasn’t Scottish enough.

You’re young, you’re on vacation – calories aren’t a problem. If you have a sweet tooth, I recommend trying some shortbread, tablet, cranachan, and a good sticky toffee pudding. All of these can be picked up from a pub or bakery for a cheap price.

Irn-bru, our other national drink, and an excellent hangover cure is your go-to juice. It’s a sugary drink, and it’s hard to describe exactly what it tastes like, but it is sort of similar to creaming soda if you’re familiar with that. You can pick up a can for usually less than £1 at a corner shop.

NB: Juice in Scotland is an all-encompassing term and covers sodas, fruit juices and cordials. Even more confusing is that soda in Glasgow is called ginger. No, I’ve no idea why either.

You can of course shop in our supermarkets and cook your own food. Some of the more budget-friendly ones are LIDL, ALDI, ASDA and Morrisons.

Scotland is a party country – weddings, ceilidhs, Hogmanay, funerals, the light in the fridge still working- wWe will find a way to make a celebration.

It can be exceptionally cold and dark here, so we need an excuse to let the hair down and live it up occasionally – somewhere inside away from the cold and the midges.

There are hundreds of pubs and clubs across Scotland to cater for every taste. Edinburgh, Glasgow and Edinburgh have bustling student scenes and they are your best bet for buzzing nightlife most evenings.

We love a drink. As a nation, we drink too much.

According to a Scottish Health Survey in 2019, 1 in 4 people (24%) drink at hazardous or harmful levels. The drinking culture here can be crazy and trying to understand a slurring Scotsman is a harder thing to decipher than the ingredients of haggis using only taste.

The Australian comedian, Jim Jeffries, once described the British appetite for alcohol using the phrase “You guys drink like you don’t want to live anymore.”

If you do plan on having a drink while in Scotland, just stick to what you are used to and know your limits. Speaking of limits, Scotland has a zero-tolerance policy regarding driving a car with alcohol in your system, so avoid driving for at least 24 hours after a night out.

Regarding alcoholic beverages, you’ve probably heard all about our penchant for producing world-class whisky. I recommend checking out a tasting session in a whisky shop or even better go on a whisky distillery tour.

Knowing where the whisky comes from and how it’s made makes it taste even better.

I also recommend trying some gin from our growing list of independent distilleries. Even if you aren’t into regular gin there is an abundance of flavored gin liquors well worth trying, and you can even go on a tour of a gin distillery too!

The one alcoholic drink you may not have heard of is Buckfast, which is a tonic wine brewed by the Benedictine monks of Buckfast Abbey in England. Although not made it in Scotland it has been the go-to pre-night out drink of choice for decades due to its high alcohol content of 15% and ridiculous amount of caffeine. Apparently, one bottle of Buckfast has as much caffeine as six cans of Coca-Cola.

There is a reason it is affectionately known as “wreck the hoose (house) juice.” You can also pick up a Bucky Bomb which is a shot glass of Buckfast dropped into a glass of energy drink and then shotted.

Getting around and Accommodation

Your travel plans will vary depending on what you can afford to do and your age, for example, you’ll need to be 25 or over to rent a car.

Personally, I recommend spending a chunk of time in Edinburgh. It’s a small city with lots to do. There are plenty of bars, clubs, restaurants, shops, and all kind of touristy things you can do on the cheap.

There are also different festivals in Edinburgh throughout the year including:

If you really want to see more of Scotland, you can always do a group bus tour departing from Edinburgh.

There are lots of options available regarding locations and length of trip. Rabbie’s offer one-day tours and up to seventeen-day ‘Island Hopping Extravaganzas’.

Public transport in Scotland is generally pretty good, especially around larger cities and you can pick up some cheap tickets if you plan ahead.

There is also MegaBus (think Greyhound coaches but apparently not as terrifying) which has routes across the UK. You can occasionally pick up tickets for as little as £1.

A trip down to Newcastle in the North of England to have a night out is recommended. Alcohol is cheaper in England as they can be trusted.

Being advised by a barmaid that “It’s cheaper to buy triple vodkas than it doubles” is still etched in my brain 15 years later.

I’ve had some great nights out in Newcastle, and it is the only place in the world where it appears that jackets are illegal for any young woman on a night out. I mean it’s not, but it is remarkable that even in the wintry depths of January no one wears one. Seriously. Google it. Mad.

Uber isn’t really a thing in Scotland yet except for in larger cities but a quick Google search will bring up listed taxi companies for the area.

Accommodation costs can vary wildly depending on where you are looking to stay, when, and for how long. There are brilliant youth hostels in Scotland if you are looking for affordable accommodation. They’re also a great way to meet new people.

Yvette spent six months living in Castle Rock Hostel when she was living in Edinburgh; she still has close friends she met there.

If you are feeling particularly adventurous you could always go a hike into the highland wilderness and stay in a bothy. A bothy is a mountain shelter available for anyone to use for free. It will usually consist of one or more bedrooms, with a common area that has seating and a fireplace.

Make sure you pack a sleeping pad, warm sleeping bag and pillow, and follow the Bothy Code when visiting.

Check out Yvette’s article on the best bothies in Scotland for inspiration.

Scots is a fantastic language with many of its words taken from Gaelic, which is the language native to Scotland.

The further North you travel the more Gaelic you will encounter as place names are given in both English and Gaelic on road signs, street names and even emergency vehicles.

Here are some potentially useful words and phrases as you navigate Scotland’s many colourful characters. I won’t give too much context as it’s more fun to stumble across them in conversation:

Why not make game of it and do Scots words bingo? We like a blether. Just don’t refer to yourself as ‘Scotch’ because your Great, Great, Great Grandfather’s butcher was from Auchtermuchty.

”The baw is up on the slates.”

English translation: The show is over

Scotland is for everyone, including travelers south of 30 looking for some adventure on a shoestring budget. I hope if you got nothing else from this article you at least got a bit of a laugh and are even more excited to come and see us. Not everyone has a terrible sense of humour like me.

We’ve got everything you could want to do in your 20s. If you want boozy nights out, outdoor escapades, visits to art galleries and museums, history, or whatever you are into, we’ve got you covered. These were only my recommendations, but I wasn’t a sensible man in my twenties.

Get saving your pennies, start planning and we’ll hopefully see you soon!

Also, I was totally lying about McMcDonalds.